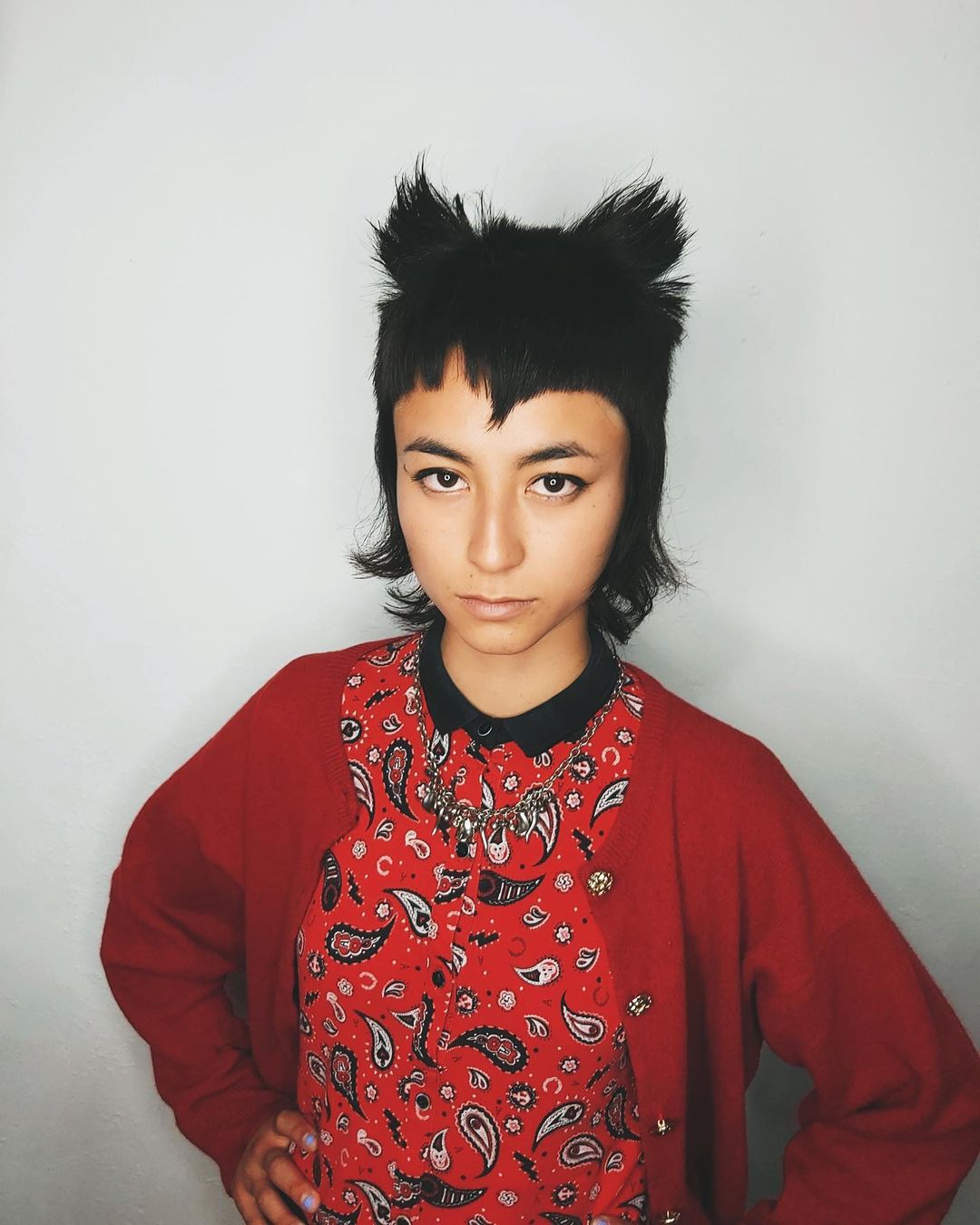 Posted at 21:18h in Hair at Home by sandromondo
0 Likes

Anime inspires bold “Hair Horns”, an edgy look with a nod back to punk and emo styles. So will the cut catch on in Miami? 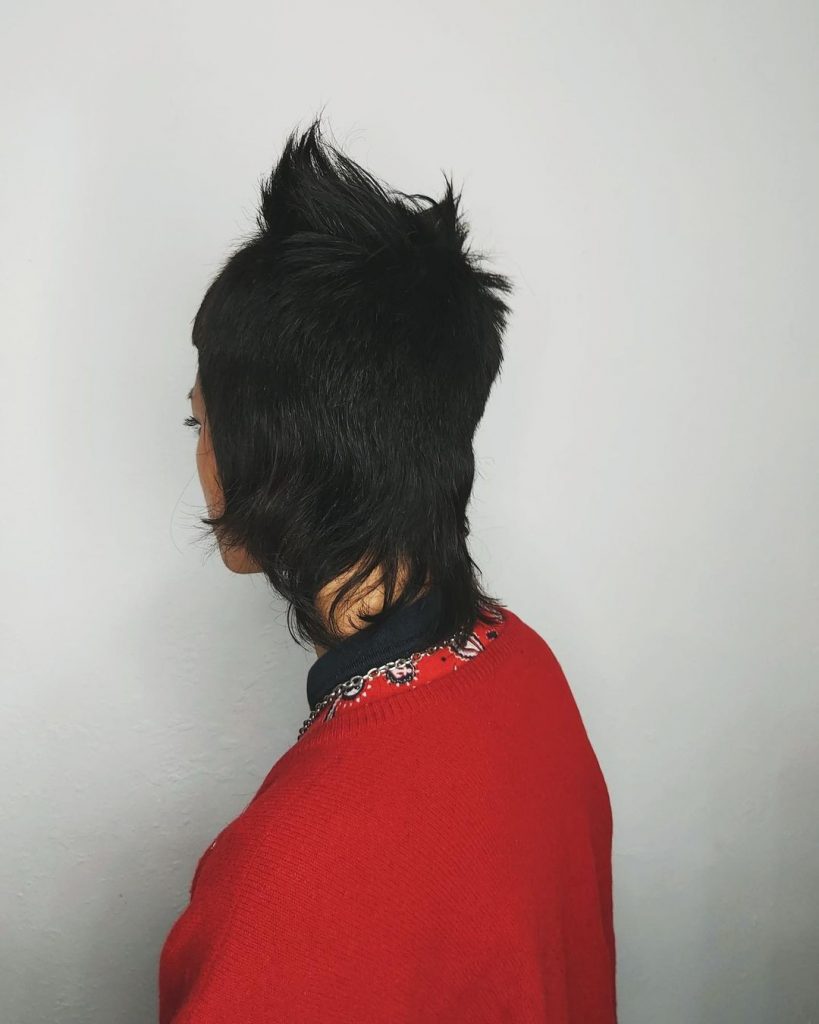 The #hairhorns hashtag on TikTok has more than 64 million views; Dazed & Confused magazine is calling it the latest beauty obsession; and prominent hair stylists within the fashion industry, such as Guido Palau and Eugene Souleiman, are documenting their own versions on Instagram. 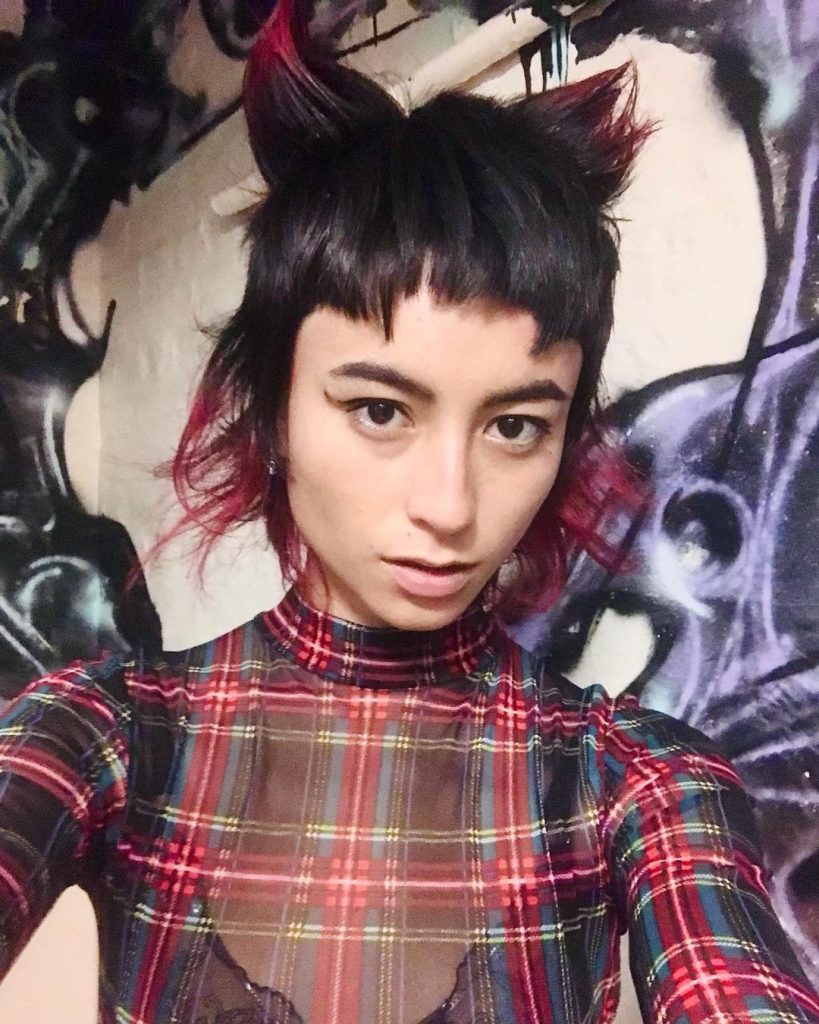 This year has brought many unexpected hair trends. First came the shullet (a cross between the 90s shag and the harder 80s mullet), then the wolf cut (a long choppy style with wispy layers and a heavy fringe), but now there’s a new trend in town – Hair Horns an Edgy Look for Miami – and it is bolder than ever: hair horns. 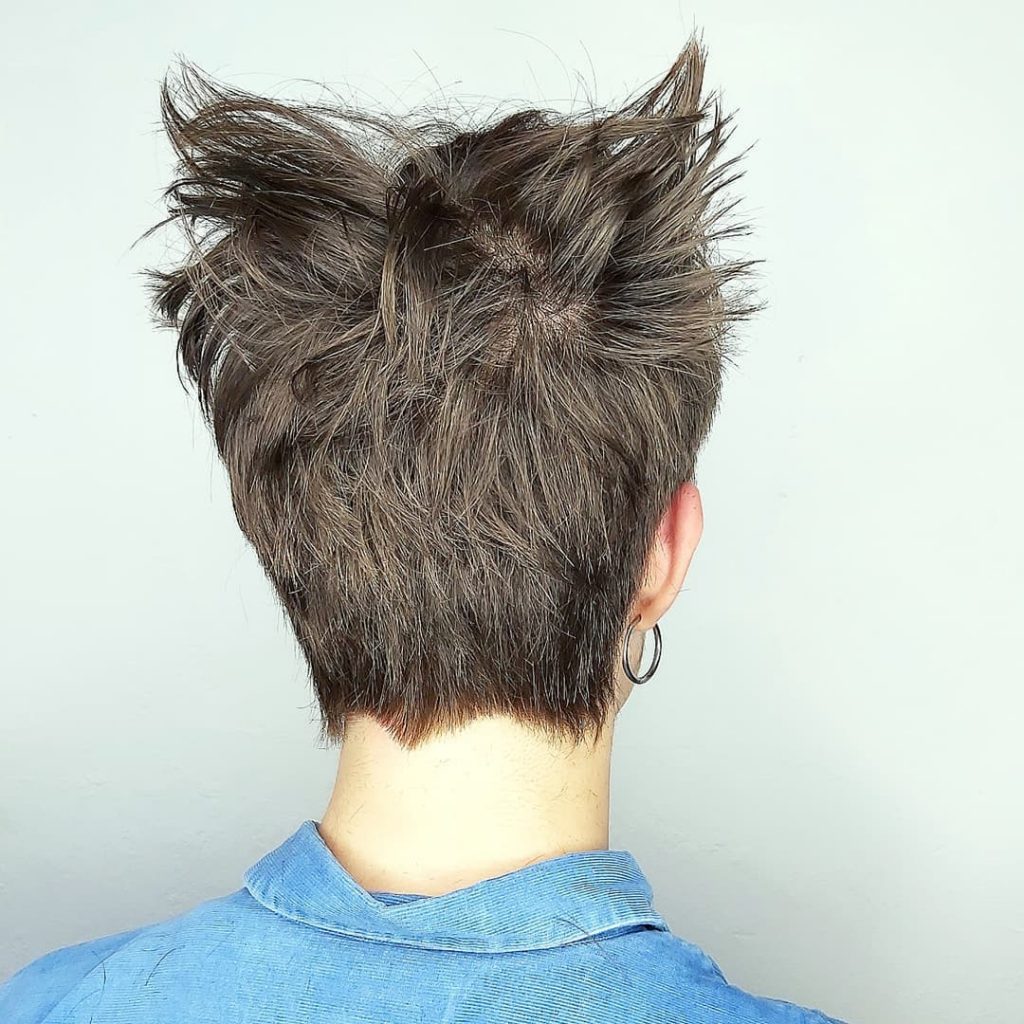 Created at the Bohemians Salon in Deptford, London 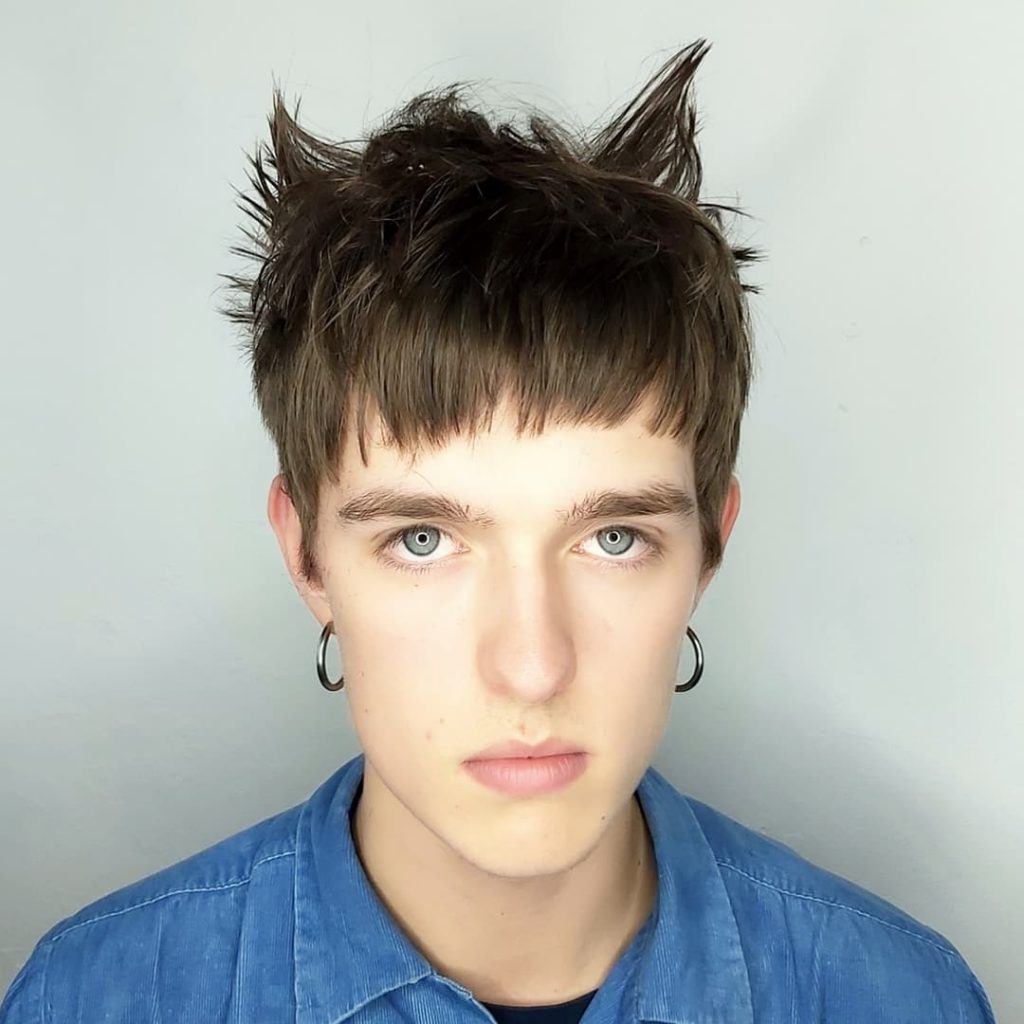 Created at the Bohemians Salon in Deptford, London

Hair Horns: the style is exactly as it sounds: two slanted sprigs of hair sitting on either side of the head that are styled upward with wax paste to look like pointy horns. You can put them up when you go out, or down if you want a more natural vibe.

London-based stylist Luca Spinelli says he does this type of cut at least twice a week. “People are really starting to go for it. For some it’s horns, for others it’s more cat ears. It depends on the style of each person, and you can adapt it to suit their personality.”

New York celebrity hairdresser Charlie Le Mindu, who has been creating the look for a while, agrees. “It’s completely a trend now,” he says. “What’s nice about it is it’s quick to do and it’s got an edge to it. I love it.” 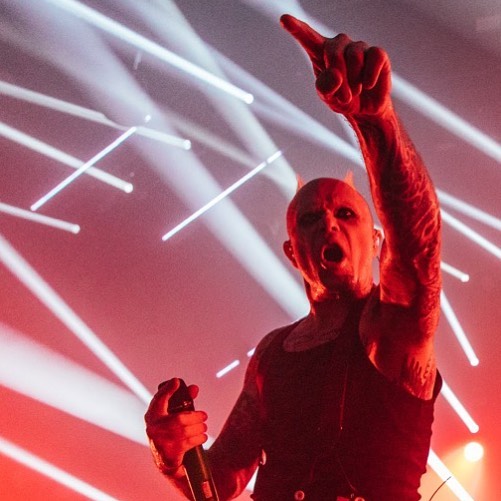 The Prodigy’s Keith Flint channelling his trademark horns at a live performance.

Some say it is a progression from the mullet, which became popular in salons across the country post-lockdown. “It’s quite a square haircut, spiking at the sides, and you’ve got to have short layers and a fringe, which is what a mullet is,” says Jackson Acton, owner of the Crab Salad salon in south London.

Another explanation is that it is a protest against conventional beauty and about creating an otherworldly look. Miranda Remington, 24, got her Dracula-inspired version six months ago. “It was my hairdresser’s suggestion as I’ve got lots of volume on top and my hair always sticks out, so he gave me these horns. When I go out, they go up. It makes me feel less like a human being and more like a cat,” she says. “I get strange looks, but it’s perfect.”

Dominic Johnson, reader in performance and visual culture at Queen Mary University of London, understands the appeal and thinks hairdos have often symbolised more than a superficial style. He says looks can do interesting things, and this is clearly about “a fascination with the limit of the category of the human’’.

Caryn Franklin, fashion commentator and professor at Kingston University, suggests the concept has been around for a long time. Even in the 80s, she says, hairdressers were playing with extensions and harsh high fringes to create “otherworldly” looks.

Celebrity hairdresser Kevin Ryan agrees and says the look has history. “It’s morphed from the aggressive punk hairstyles of the 70s worn by the Bromley Contingent, through to the new wave hairstyles of the 80s and the emo looks of the 90s. This latest incarnation has added an anime and video game flavour.”

So is it too weird for the high street? Spinelli thinks not. “It can be mainstream, as it’s versatile and you can decide when you want your horns out. It’s for people who like to experiment, but it doesn’t have to be a strong look. You’re not stuck with it.”

There is, however, an apparent age limit to the style, and it is mostly people in their 20s to late 30s who are going for it.

Although hair trends are moving quickly, and this is certainly a statement of gender-fluidity and cool, Souleiman thinks it is not something everyone can pull off just yet. “People like it but you need to be someone with a strong personality to wear it, you need a certain attitude.”

Acton also thinks it is not for everyone. “It’s a bold look. You’ve got to be really well-dressed,” he says. “Imagine that in a suit.”

Book with me and get Hair Horns

This story originally appeared in The Observer Fashion. For more from
on the author follow Tess Reidy on Twitter @tessreidy 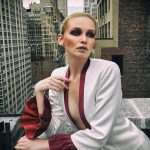